Is Guy Fieri in Your Node.js Packages? - NodeSource

Is Guy Fieri in Your Node.js Packages? 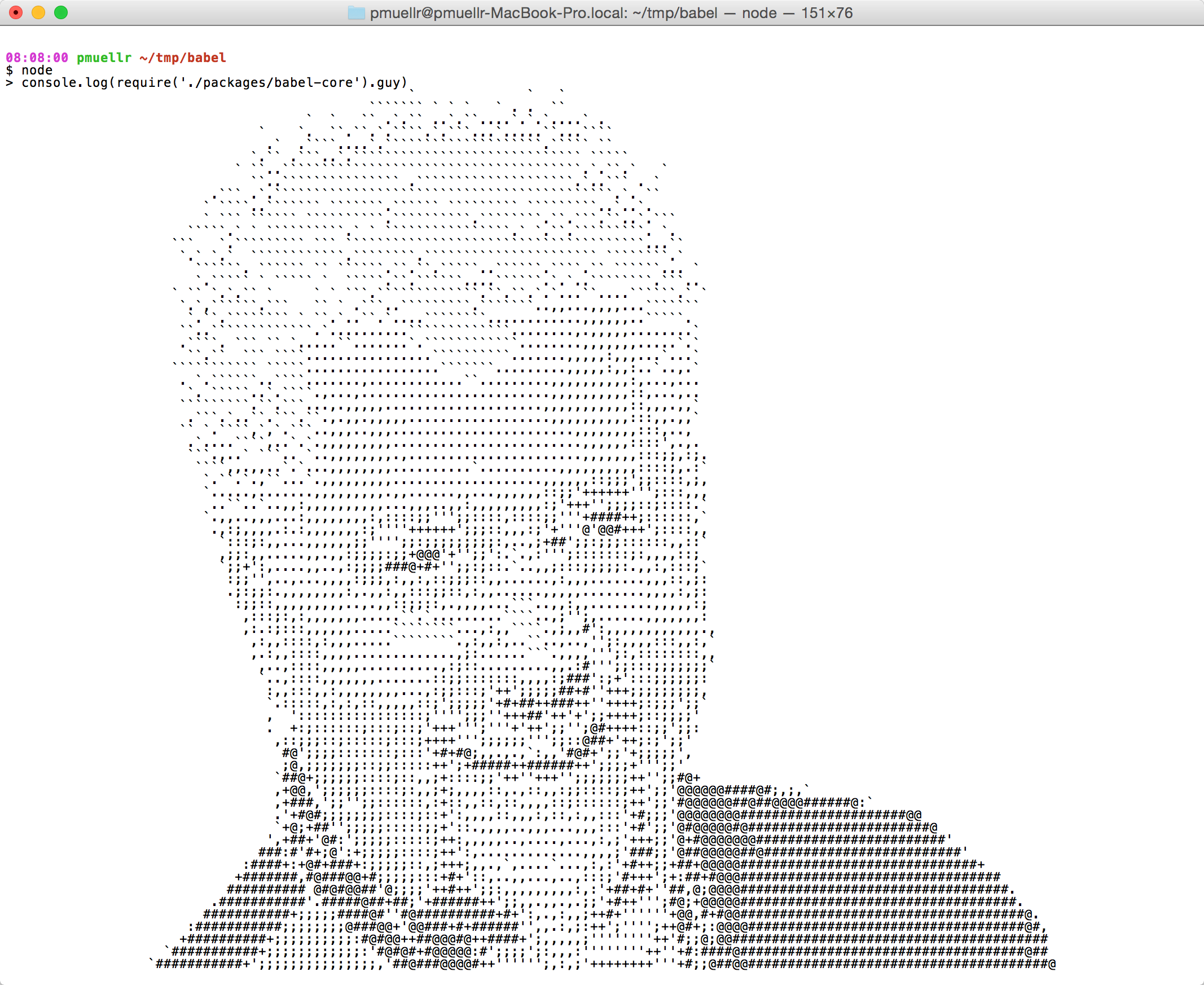 N|Solid can help you out here. The N|Solid CLI provides a [package_info command][package_info_doc] that returns the list of all the packages that have been loaded by a running application, along with the version number, dependencies, and package location on disk for each of those packages. The N|Solid Console makes use of this command as part of the security vulnerabilities feature.

Let's take a look at the output of the package_info command, by running it against a small node module.

This module, sample_1.js, uses the async and lodash packages available from npm:

Here's a corresponding package.json file, to get the async and lodash packages loaded into your node_modules directory, for use in sample_1.js:

Now let's run the program with N|Solid. If you don't already have N|Solid installed, you can install it by following the directions on the N|Solid Quick Start page.

Leave that program running, and open another terminal window to run the commands indicated below.

When you run the nsolid-cli ls command, you should now see the sample_1 application:

The output should be similar to what's shown below, after being expanded out for readability:

Note that, for brevity, I have removed two other properties that each packages array element has: main and modules.

Following this process, you can construct a graph data structure, where each package points the exact package it depends on.

You might not think the paths of the packages is an important aspect of the output. Can't you just deal with the package name and version number? It's possible, however, for Node to load multiple copies of the same version of a package, located in different paths. This is known as a duplicated (a.k.a. duped) package. In a perfect world, your application wouldn't have any duplicated packages. In reality, the more packages your application uses, the better the chance is that you'll have duplicated packages.

There is an npm subcommand, dedupe, that can fix issues with duplicated packages, by moving those packages further "up" in the dependency graph, so that more packages can access the same version package, instead of having their own copy in their node_modules directory. This has been mitigated to some extent with npm version 3, which does a better job of preventing duplicated packages from being created in the first place.

The output above showing three packages is something a human can look at and make sense of fairly easily. However, your application is probably made up of more than three packages! To analyze the package dependencies for anything other than very small programs, you're going to need some kind of tool that slices and dices that data, and presents it in an easier to understand way. These package dependencies form a nice graph data structure, so tools that deal with graphs will be useful.

One of my favorite tools for analyzing data graphs is GraphViz. With GraphViz, you can create a sample.dot file with the following contents, which matches our sample output above in terms of the dependencies:

This defines three nodes in the graph, each named with the package name and version. The operator -> indicates that there should be a directed connection between the two nodes. In this case, the connection means "depends on".

You can then create a PNG image from the .dot file, by using the GraphViz command line program dot:

The resulting image is the below: 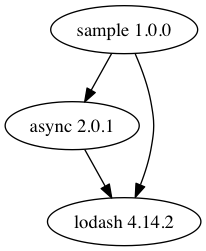 GraphViz can handle very complicated data graphs, provides extensive styling support, and can produce output in a variety of formats. So it's possible to write a program that reads the output of the package_info command, generates a .dot file for the entire dependency graph, and then have that converted into an image.

I've published a command line tool called ns-package-graph that does exactly that. You can use the tool to create .dot, .svg, and .html files as visualizations of a particular N|Solid process. The tool collects the package_info data, morphs that into a nice GraphViz .dot file, and then uses the Emscripten-ized version of GraphViz to create an .svg file. It will optionally create an .html file, which embeds the .svg contents in a small HTML wrapper. Although you can usually view SVG files in a web browser, the HTML file that the tool generates provides a better experience.

Using ns-package-graph with an N|Solid application

Let's walk through using ns-package-graph on a slightly more complex application than our first sample.

To generate a package graph from this application, while it's running, run one of:

Here's a "thumbnail" of the output:

And here are links to the output files:

The HTML visualization is the easiest to navigate.

You can easily see the two subtrees for the two dependencies, and that they share some common package dependencies between them.

Besides showing the package dependency structure via the package "hexagons" and arrows, hexagons are drawn with one of three colored backgrounds: green, yellow, or red. Yellow and red colors indicate some amount of package duplication. Yellow means that multiple versions of a package are being used at the same time by the application. Red means that the exact same version of a specific package has been loaded at different paths.

Yellow shows an opportunity to change dependency versions of packages so that you can load a single version of a package, rather than multiple.

Red shows duplicated packages as described above - there should probably only be one copy of this version of the package loaded. Again, the npm dedupe command command, or using npm version 3 instead of 2, can help fix and prevent duplicated packages in your application.

Here's another set of visualizations, this time for Node.js's own npm program itself:

A shrunken-for-the-browser version of the PNG file is below:

The ns-package-graph package is a positive first step to visualizing what packages your applications are using to optimize the size of your node_modules directory - and, thankfully, to prevent _even more satirical posts on Medium. It can do a few more things than I've outlined here - you should check out the GitHub repo for more information.

We’d love to see what you create. Tweet at @NodeSource with the hashtag #nspackagegraph to share your package graphs.