On December 11th and 12th, more than 500 community members of the OpenJS Foundation convened at the Montreal Convention Center on the fourth version of the Node+JS Interactive, one of the most important Node.js conferences in the world.

Check out this article to see what made this edition so special.

The conference started with Robin (not Robert!) Bender, Executive Director of the OpenJS Foundation. She welcomed all the participants, talked about the current state of JavaScript and how is still the most popular language on GitHub by repo contributors. It was also announced next year’s conference - mark the calendar for June 23 and 24 in Austin, TX - 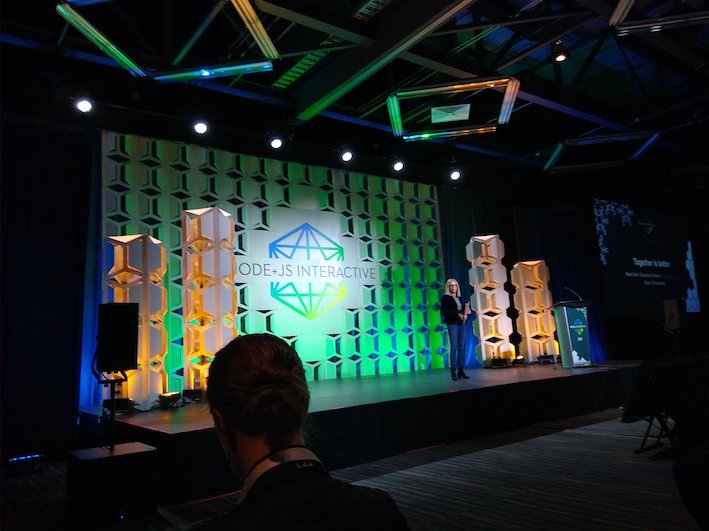 She also announced that Electron, the popular open source framework, joined the OpenJS Foundation as part of its incubation program 🎉. 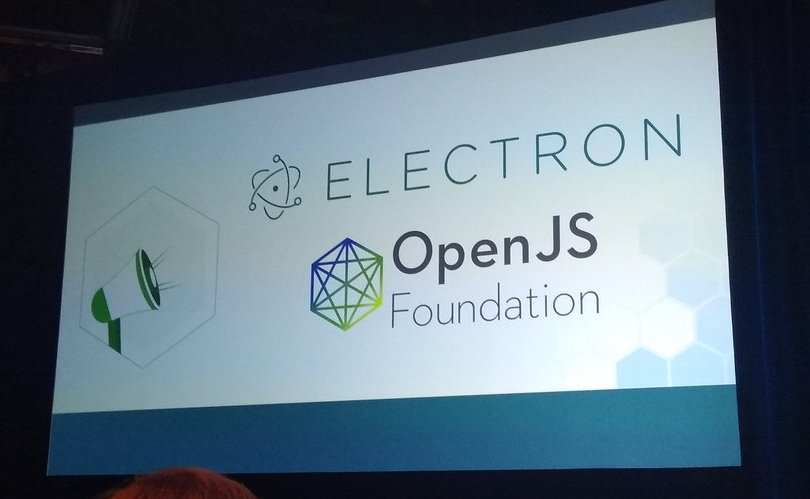 Electron, is an open source framework created for building desktop apps using JavaScript, HTML, and CSS, is based on Node.js and Chromium. Additionally, it is widely used on many well-known applications including Discord, Microsoft Teams, OpenFin, Skype, Slack, Trello, Visual Studio Code, and many more.

Then Myles Borins, Developer Advocate at Google, did a keynote on how the Future of JavaScript is Universal. 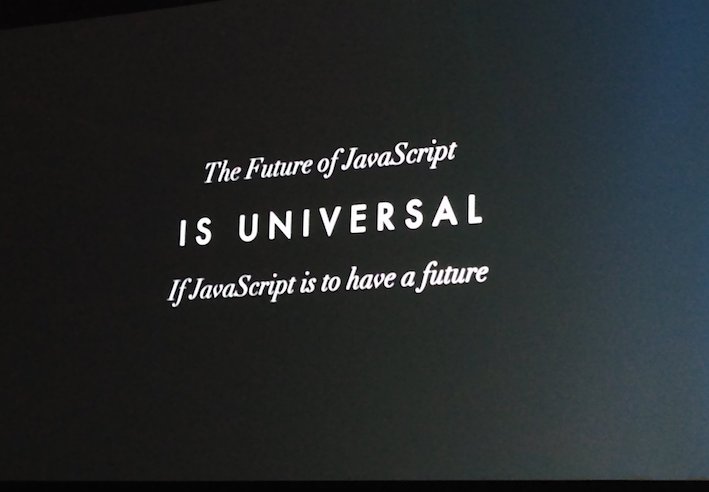 He talked about first impressions on the universality of JS, and how it’s different from isomorphic JavaScript (when any given line of code can execute both the server and the client). The main difference is that Universal JavaScript means Write Once, Run Everywhere and “universal” needs to be a platform concern and not a development target.

He also talked about the different JavaScript runtimes (browsers, Node.js, Deno, Edge Workers and others), namespaces objects, and ECMAScript Modules.

Then Adrian Estrada VP of NodeSource and David Clements Principal Architect of NearForm, were on the stage to talk about Node.js Certifications, Detailed Overview.

They explore the reasons of the creation of the certification and why developers should get it, also the principles, quality assurance, long-term integrity measures, the exams expectations, the virtual machine environment, pricing, scholarships and an overview of the two certifications.

Later that day (and also on the second day of the conference) they hosted a great workshop to get the attendees familiar with the certification, structure and some of the questions.

The next keynote was with Joe Sepi, Open Source Engineer at IBM, who talked about “Making your Open Source Project Foundation Ready”. He mentioned some of the projects of the OpenJS Foundation and how to create a good environment and structure for your projects.

The next keynote was extra special ❤️ 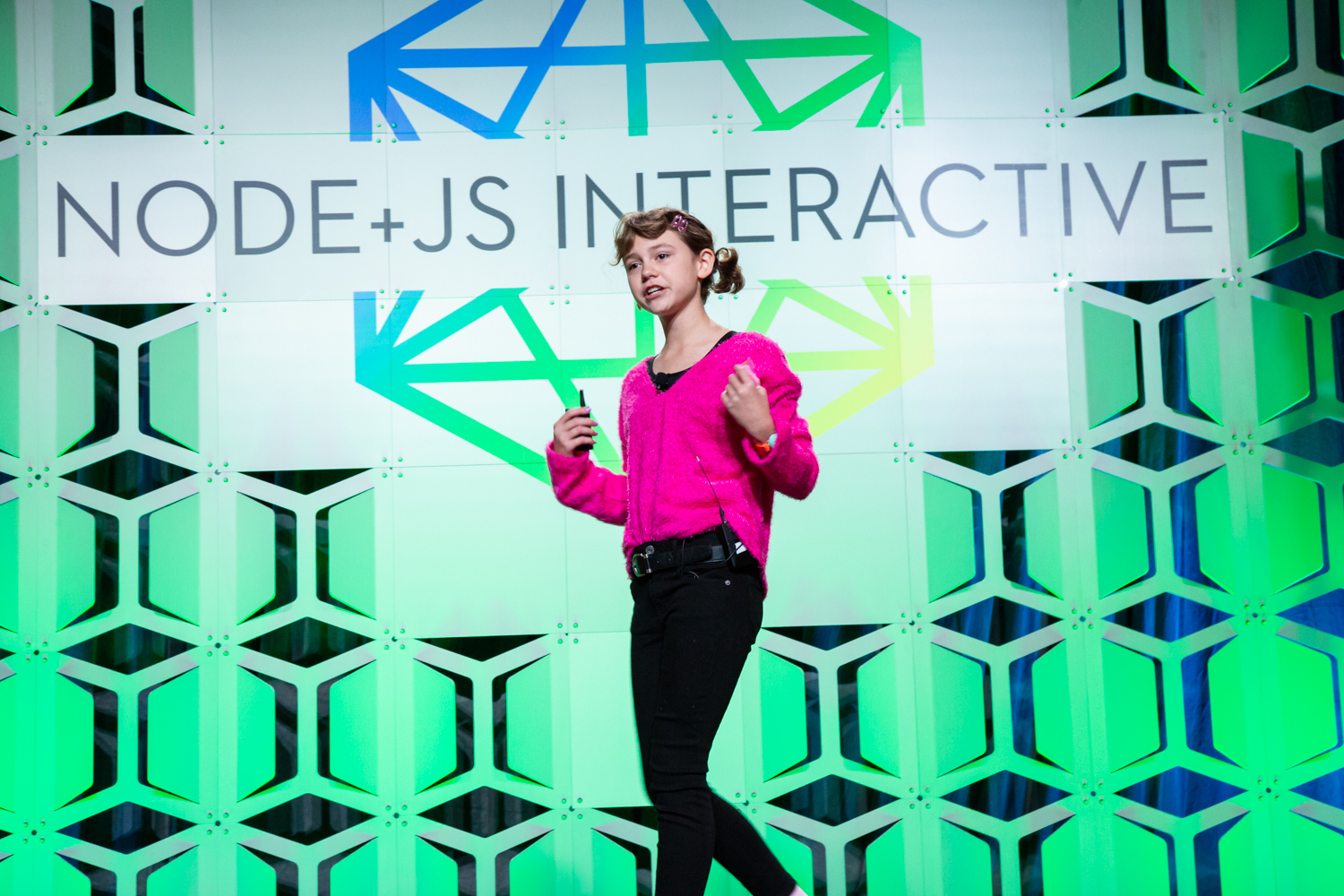 Sara Chipps and Ellie Galloway, did a fantastic talk on how to code like a girl! Including live coding using Jewelbots. She is a big inspiration for other girls and kids to start learning to code.

After the keynotes, talks and workshops started, including:

The room was packed! A very popular workshop. 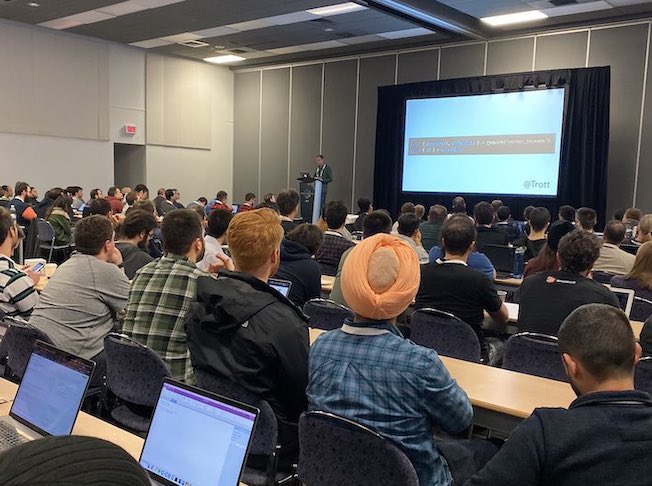 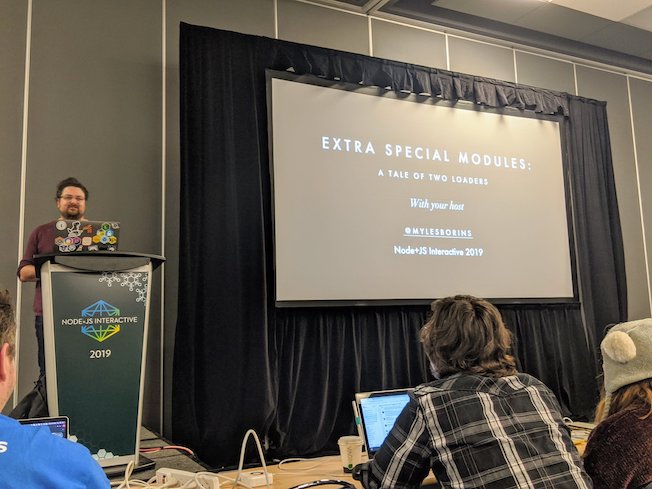 Now! A Chat with the #Nodejs Technical Steering Committee.

Talking about Workers, ESM, npm, Async Iterators and others! Don't miss it 🧐 pic.twitter.com/6TVkmvWDfF

It's also his birthday 🎂

Joe Dressed up as a bunny! 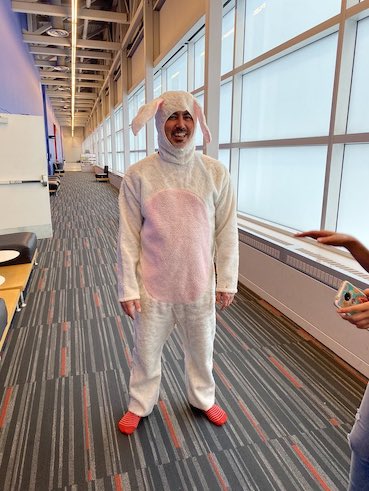 The panel included Alex Williams, Founder & Editor-in-Chief of The New Stack Chris Aniszczyk, CTO of The Linux Foundation, Liz Parody Head of Developer Relations in NodeSource and Nick Nisi as a moderator.

A variety of topics were discussed, including predictions on technologies such as typescript, React, Kubernetes, security, community and inclusion. 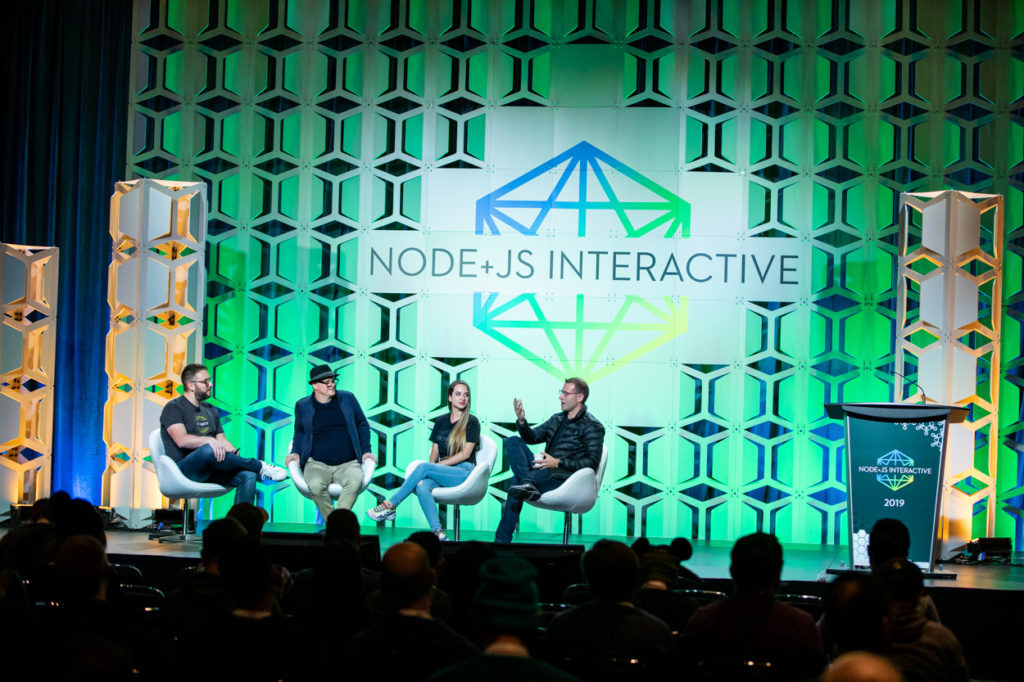 The conference ended how it started 💚with Robin Bender.

She thanked the attended and reminded people for next year event. What a great event! 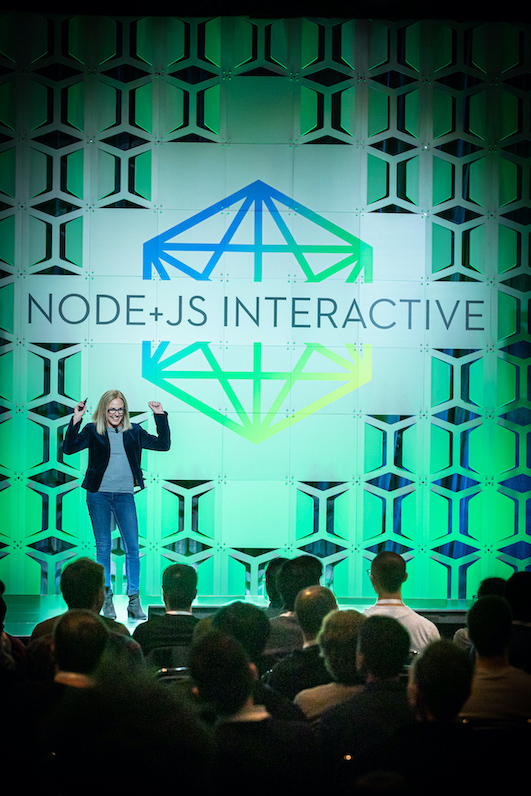 See you in six months!